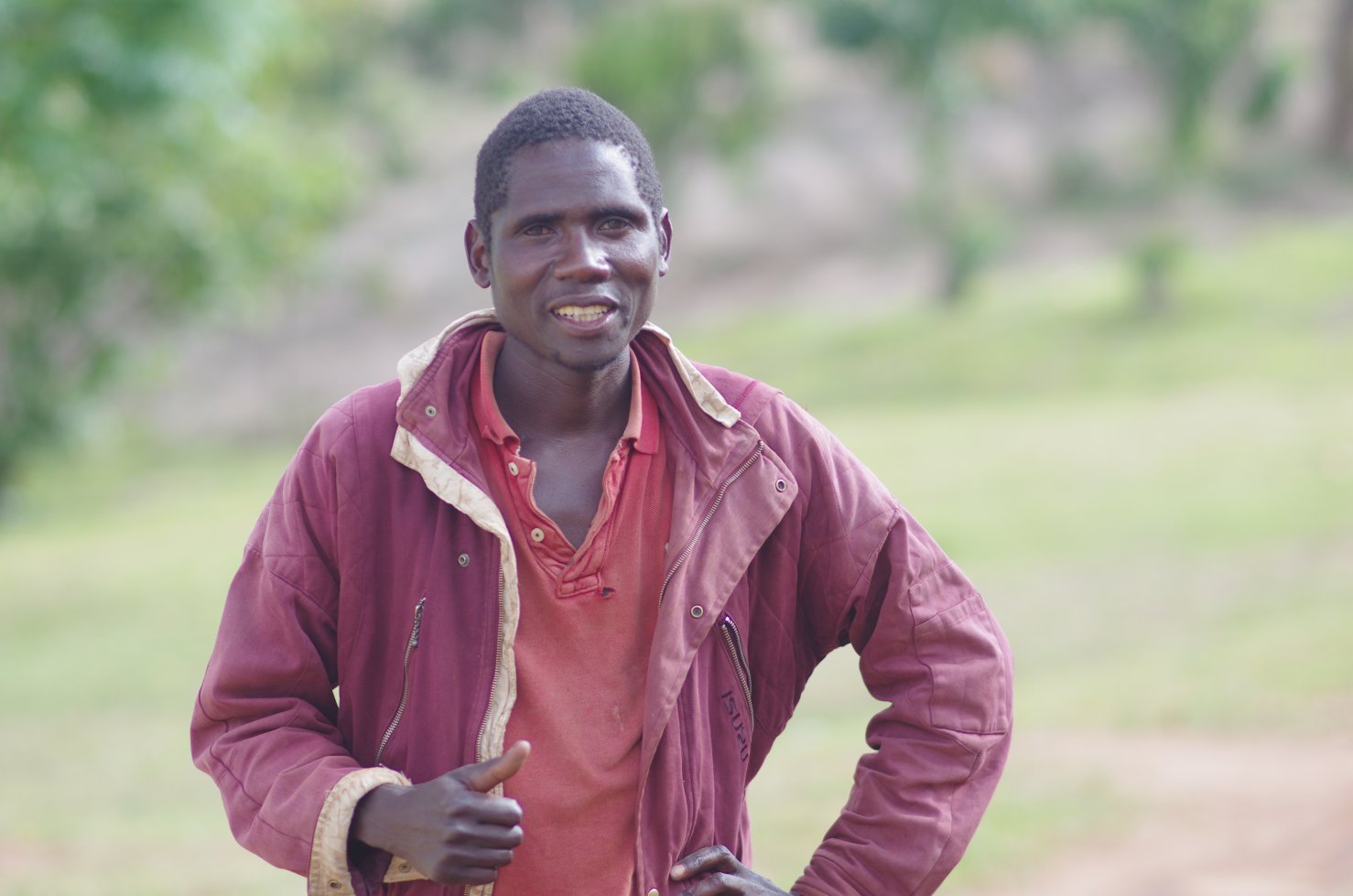 He was born in Mufinda village T/A Mwenewenya in Chitipa, second born of three brothers and one sister and is living in Lusangazi Farm with his mother. His father passed away a long time ago.
He went to secondary school until Form 4 in Chitipa because as his father died there was no possibility to afford the school fees after that and he couldn’t go to college.

He is married to Miriam Mhone and they are proud parents of their four children Mercy , Emmanuel, Gladys and Promise Kapira.

In Wells for Zoë he helps to produce vegetables, making grafts of citrus fruits like oranges, tangerines as well as mangoes. Since his father passed away no one could support them, so that is why he started to work at WfZ because he did not have enough money to support his family. At the beginning of his career at WfZ he was very happy to see how fruit trees grow rapidly in the processes of budding and grafting. He is now an expert in making compost manure and is very happy with the job he does.

He also wants to share that his life has changed a lot through the work he does here at WfZ and especially for his family because two of his children were born at Lusangazi farm and WfZ helps his family by providing them with basic necessities like clothes and also encouraging them to work hard at school.