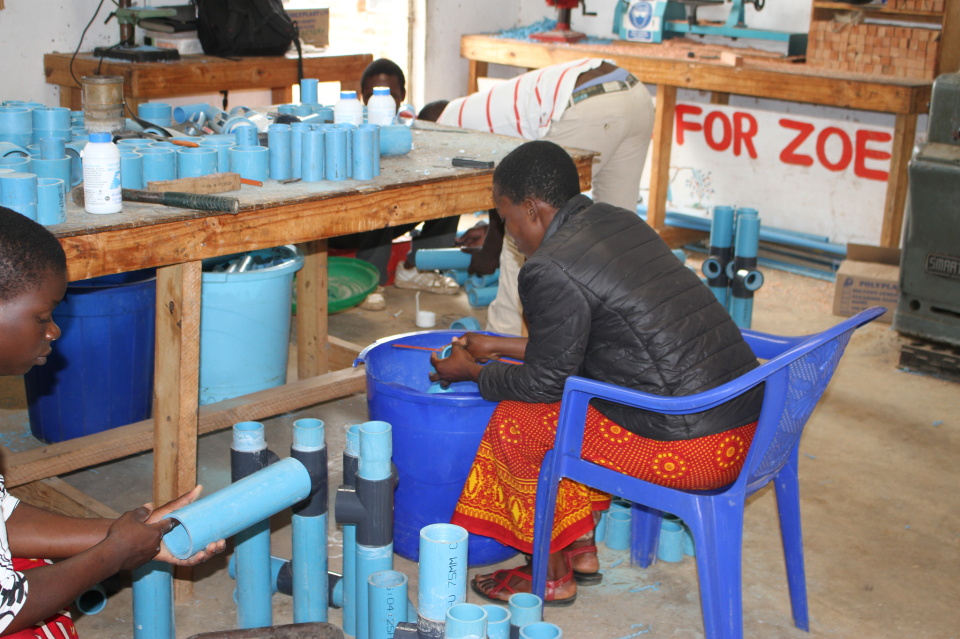 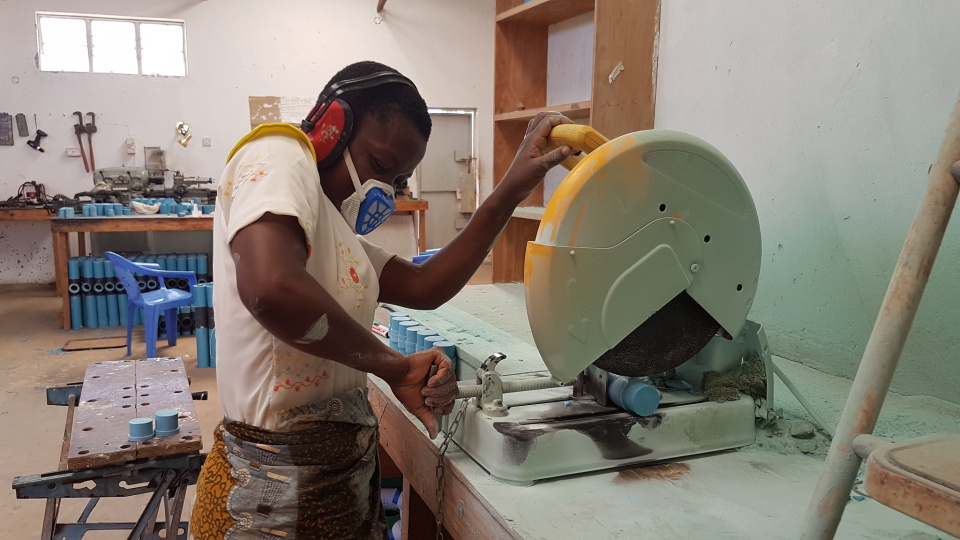 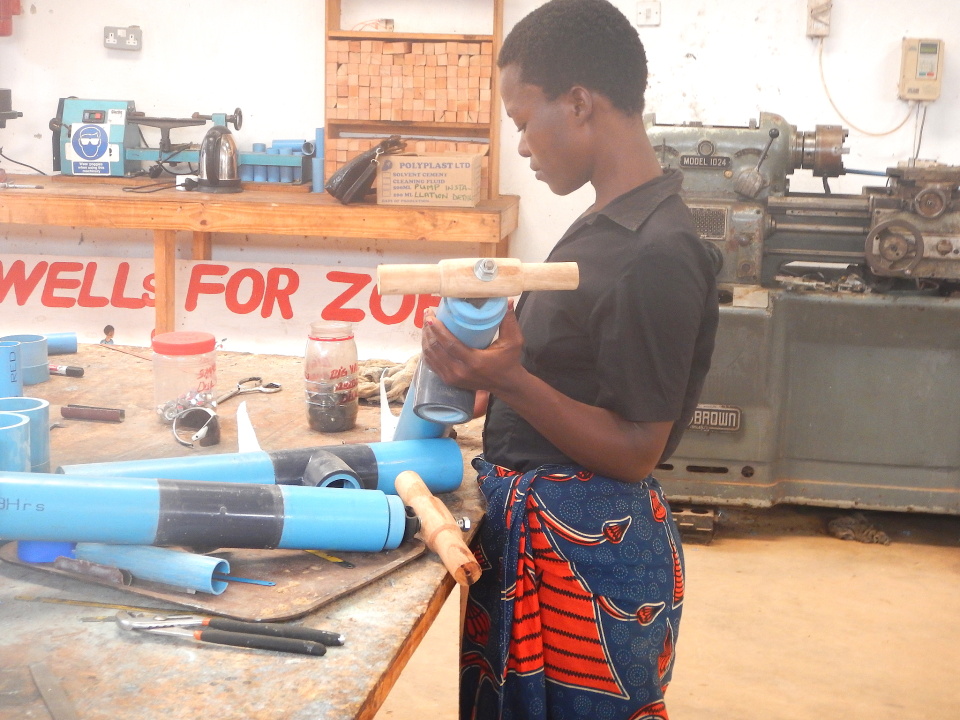 Chrissy was born in 1985, and lives in Habitat and area near the factory outside Luwinga. She lives with her husband Vincent, two children Esnut (standard 4) and Vincent (preschool). Also in her house she has her brother, two sisters and 2 nephews, which is not uncommon in Malawi.

Born in Karonga, she is one of six children. Her father died when she was young, She is one of two children from this marriage. Her mother remarried and had 4 more children.

Chrissy attended Primary school standard one to seven in Encondhleni and Standard 8 in Karonga school called Kasangamala. She attended Secondary school at Kakronga CDSS, and was lucky that her step father provided the fees.

In 2007 she married her husband Vincent and at this time worked at ‘Greenland’, a cleaning company where he was stationed to work at Malawi Savings Bank.

On June 10th 2016, Chrissy started working with Wells for Zoë. As a multitude of people do, she dropped in to the office with her CV seeking work and spoke to Rose. She didn’t just come and ask though, she came with a great can-do attitude and pitched herself as the very capable women she is. She was adamant that she would work hard at whatever job was available.

The only possible job we had was as a cook. But often happens with us, she maybe slipped in to the factory and with the help of everyone else she learned to do certain tasks. Alfred, the head man in the workshop, knows a worker when he sees one and took her on. As the time has passed Chrissy has become more involved in and is now responsible for making pump parts, stock taking and ordering parts and recording numbers of pumps and plaques for installation.

She is now often found teaching the younger girls everything she knows – and who knows, they too may find themselves a job in the workshop in the future!

She is dedicated to her work and a great member of the team.

Chrissy is the type of women that embodies what we aspire to achieve at Wells For Zoë  – strong, confident and capable women.