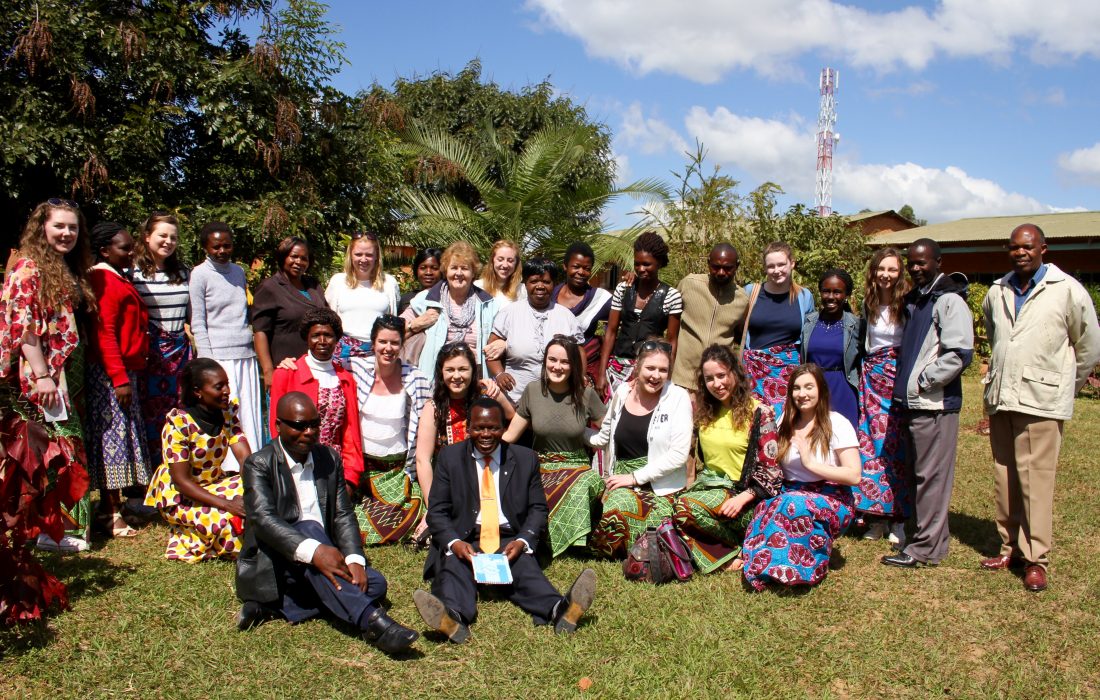 A month in a land of hunger

Monday June 27, 2016: Touched down in Dublin at 5.15 am after a 24 hour journey from Mzuzu, Malawi, Central East Africa, after a most rewarding trip to our ‘home away from home’. We had 12 final year student teachers with us from the Training College in Limerick.

After 11 years in Malawi, one of the poorest countries in the world, and one getting poorer by the day for what we term our people, the poorest, who have become progressively poorer in our time there. The rich have got phenomenally richer in this time, with a small middle-class developing. I expect this is a global phenomenon but close up it becomes sadder, personal and frightening.

In April famine situation was declared, which the World in general appears to be ignoring. Maybe it’s because of the missing billions of donor money from State coffers, stolen by the bureaucratic types (Newspapers view). But what’s new?

While our work in Malawi is challenging, contact with our people is regularly exhilarating but equally it can be shocking, frightening and disturbing enough to make you cry, regularly. You can experience every emotion imaginable before lunch any day.

Bringing 12 students anywhere for a month might be a challenge, but taking them way outside their comfort zones could be catastrophic. But we had an amazing group of young women, who were up for anything and everything we put their way. However my feeling is that we Irish can cope with anything anywhere, and with very few exceptions over the past 9 years, and hundreds of volunteers, I still believe this to be true.

Many volunteers go for the spin, the crack and certainly the drink. They hand over loads of money to their hosts and do little for or with the people. In contrast we are a ‘sunrise to sunset’ operation, covering as many projects as we can every day, including Saturdays; no excuses, no mercy! We all know why we are there and we get on with it.

The first two weeks were spent in a big primary school Kataoto. What’s big? Well over 2500 kids with a dual day, 2 shifts. Classes of up to 100, teacher absenteeism, illness, lack of facilities, no equipment, whiteboards that were once blackboards, no books, few copies, toilets: well that’s a whole other experience…

Poorly trained, poorly paid teachers lacking the respect generally afforded teachers and maybe increasingly a general lack of hope, which is certainly the hardest one to fix.

Our guys threw themselves into the action with an amazing degree of passion, caring and understanding and after the two weeks their send off had everyone: Ministry, Inspectorate, Principals and Teachers, in awe of their knowledge, commitment and genuine feeling and concern. It was the warmest of Malawi send offs, where everyone spoke passionately of their appreciation.

They were invited back for parent gatherings and an open day, in the following week, and one group even returned on a Saturday to give a course on Music to the inspectors, principals, teachers not only from Katoto, but from all the surrounding schools, which was a truly phenomenal success.

In the follow-on two weeks they joined our team installing pumps, worked on the farm, joined in gatherings for our HIV/AIDS home-base-care people and parties for our gogos. They did cluster training sessions for our preschool teachers. They visited a crisis nursery that we support with hand knits from Balieborough, Co Cavan. They worked in our Centre for Learning and taught typing to our first group to use the 12 new laptops we brought out, and some even stayed overnight on the farm.

What they really did and achieved was to journey with some of the poorest people on the planet, in their homes, fields, schools and wherever. They made contact. They ate with them, they cuddled babies, they hugged old women and men, they had a laugh with everyone and they were sad to come home.

To me this is real development, or development education. They did the business of succeeding in making a serious impact on what they are competent at: teaching, and made all the connections and joined the dots.

They won’t pretend to have built houses, done plastering or bricklaying, but they can talk about how they joined women in their fields weeding, carrying water, collecting seeds. They raised the dignity of those so-called menial tasks and made them more acceptable and valued. They were an inspiration to all they met, and we are so proud of them.

They will go home with a real knowledge of how hard life is in remote, rural Malawi and maybe how good life is in Ireland. They will have seen the brightest and most inventive women you could ever meet, rearing families with nothing where most of us wouldn’t survive for a day. They will have got close to the real people of Malawi, who took them to their hearts. In some cases they will have been in places (especially installing pumps) where no white people have been before and where young kids run away scared of these strange (white) creatures. Strange but true!

They will be better people and teachers and will certainly be better able to teach their students of the inequity and pretence of our glamorized, globalized World.

Finally they will realize that no matter how bright any of the 98 girls we support in Secondary school are, they have only the slightest of chances of reaching their true potential, with many becoming slaves to tradition and culture in a life of mere subsistence survival.

And finally that we here in Ireland, have been saved from all this, not by our ability, but by an accident of birth and Geographic location.