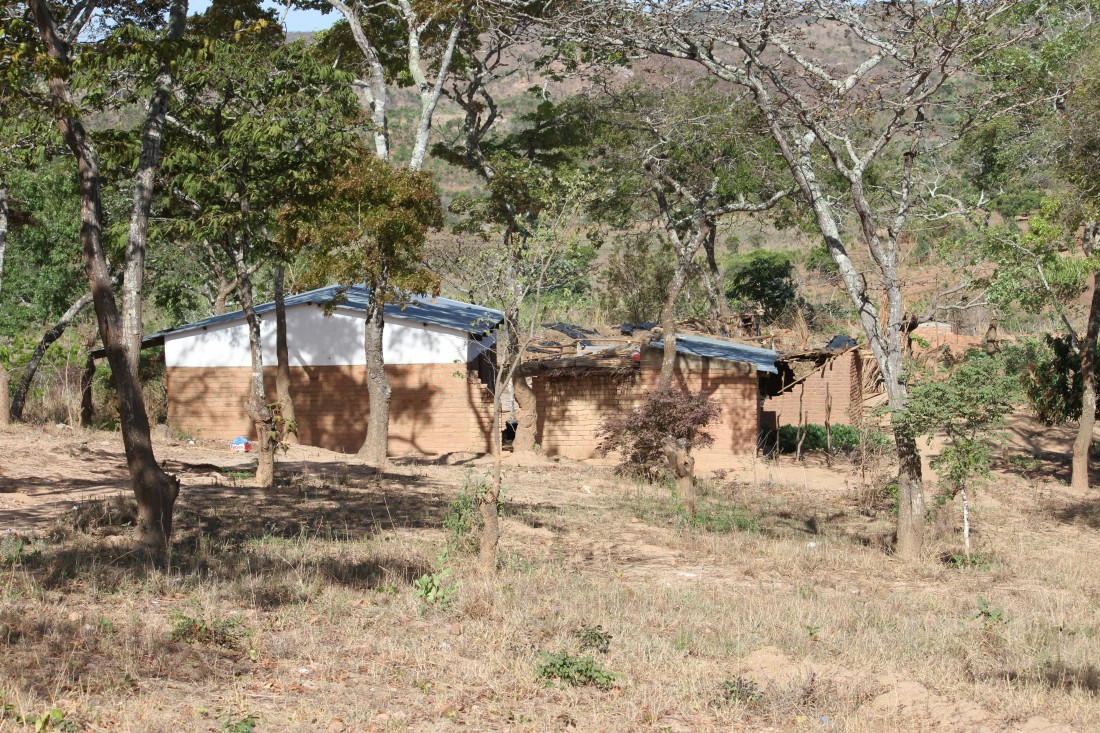 Not trying to Save the World

from a Lucan Newsletter article of 30th Nov 2014

We are just back from six weeks in our home away from home, which Malawi has become after nine years. The temperature drop and culture shock is still scary with all the talk of Christmas, shopping, parties, Pauline McGlynn having airtime for her charity project knitting jackets for stressed hens, and why not. But it does confirm my sense of the unfair, unbalanced world we inhabit and make me wonder what I was doing giving a lecture to University students, recently, on Globalisation.

Of course we never went to Malawi to change the World, just to bring clean, safe drinking water to a few people. Now that that figure is well over half a million, we find that there are ever increasing numbers of new communities seeking that minimal essential necessity of life, every day from our factory in Mzuzu. We can only deliver because we have amazing family, friends and friends of friends, who pay for all this and more.

Very few, if any, organisations go where we go, to the heart of communities, miles from nowhere, bringing inspiration, education and our secret weapon, challenge.

We work with women and women’s groups mainly on water, preschools, adult education and nutrition but other stuff, as well, when communities are trying really hard and need a little boost, but there are no handouts.

Seven years ago now, Fr. John Ryan, a Kilteegan, professor of Maths in Mzuzu University, came to us to see how we could help. He was starting a project in Chitipa, a then, inaccessible outpost, over 300 miles to the North, and he had no one to help.

The barren landscape of Chitipa

The project was to build a classroom and a hostel in a new school for girls who were walking huge distances to find a little education. For us water is the first step on this development ladder, but a vital second is educating girls. We know they will educate their families and the nation. We both appreciate our parents struggle in getting us through third level, so we agreed. We contributed 5,000 Euro of our own money, forgot about it, but often wondered and got on with life.

The other day, we got a few minutes to meet Fr. John for a coffee. He was on his way to meet our President Michael D. in Lilongwe. He had a place for two extra invitees, to the banquet and apologized that we were not invited, not missionaries, you see, even though we are two of only three Irish people, with a significant presence, in the Northern region!!

NOW, he said in his quiet Tipperary accent, I have great news, remember that you gave me money when no one else would listen, for a girls school in Chitipa, Well 37 girls qualified for University this year, one of the best schools in the country. We said brilliant, but that was not our aim, but its great and a huge move forward.

With the help of St Anthony’s Parish, Clontarf and others, we pay fees for girls in many schools, not for University, but to increase confidence, to enable them to learn about themselves, their rights and opportunities, and enable them to empower themselves, later in life. We can’t empower anyone! They must do it themselves.

No matter how long we stay in Malawi, the last few days become hectic. We departed Mzuzu at 5am on Friday Nov 14 for home. But late on Wednesday night after another day in the forties and wrecked, Alepher our boss in Malawi proclaimed to me, but you promised to come to Choma. With all that was going on I had forgotten, but agreed to get up before 5, pick her soon after and head for the hills. How far is it? Very far is the answer as rural Malawians have no idea about distance, except how many hours it would take to walk cross country. We might as well have gone through the fields, because except for the first 4 km, the road, for want of a better word, was first and second gear territory, ah well fourth now and again, but backbreaking even with the new (to us) jeep, with springs and shocks still intact!!

It took about ninety minutes, with a few stops to greet people we know, and those we help with water and the likes. We eventually came to four classrooms on top of a hill, built by the community. The principal explained that they, the school, had built a hostel for girls, who were walking long distances, up to 15 km each day and were more and more being subjected to attack, abuse and even rape on a daily basis, mainly while travelling alone and often in the dark.

This man was pretty outspoken on the matter. We get the occasional insight from women’s groups, but this was edgy and anxious. When we go to villages we rarely meet 14 to 18 year old girls, and wondered why. Maybe there is a reason.

We looked at the hostel, looked at each other and immediately knew we had to help. This building was barely a shelter from the rain. It had bricked windows and no doors, not even a front door. The toilets had no doors, were distant, while the washing/shower area had no privacy at all.

If this were just a girls school, it may have some merit, but as a co-ed it was more a prison than a hostel. It was a desperate attempt by a community to get education for their girls, which is a giant leap forward, in community consciousness, which I was so excited about while there, but later on the plane home, I began to wonder and question. They have no security, no soap, no sanitary stuff, poor uniforms, few clothes. They are self-boarders, have to provide their own food and if they have food at home they have to carry it for miles, when they are often attacked and their clothes, books, and food are stolen, and worse.

It doesn’t paint a pretty picture. It’s a barren, poverty stricken region, with minute Government support, no safety nets, often seemingly helpless and hopeless. The strength of the human spirit is fascinating and this community are fighting back, and with a little help and encouragement WILL win out.

The picture is new to me, but if you listen long enough the truth will emerge. Alepher, who is a nurse, is a great listener and she gets the stories, because they all know that she cares, and will do all she can, to help.

On the shocking side, maybe I was there before. I come from a country where abuse, with, hindsight appears endemic and widespread. A woman recently said to me, I thought it happened to everyone. BUT that was then, and this is now.

We had agreed to put in windows and doors, but this is the first step. We need to put some cement/concrete on the floors. We need mats for everyone as they are sleeping directly on clay floors. We need the toilets and showers to be indoors as part of the structure. They need solar lanterns to study in the dark and for security. They need a matron rather than a watchman, as he may become more of a problem than a solution. We need health and sexual education, which Alepher will do. We certainly need a school garden urgently.

Just to show you the value of money here and to add a little more startling realism. As we drove off a teacher rang, asking us to carry one little girl, Anna, to Mzuzu, and I said of course and we turned back. Anna lives with her Gogo (Granny) in a village about 30 km away and had to go to the Post Office to collect school fees from her mother who lives in Blantyre about 800 km away.

We got to the P.O. and I insisted that Alepher accompany her into the office. We both agreed that we had no time, but some things are just more important, I said.

I was right. The number a teacher scribbled on a scrunched-up brown paper was wrong, so she couldn’t get the money. Alepher rang Blantyre, got the correct number and eventually got the money. How much did she get I asked, 3000 M. Kwacha (about 6 Euro) I was shocked. All this for 6 Euro; the fare back was 750, so I asked Alepher to look after her. Already done Boss, I gave her 1000, for the fare and a drink and a little food, it’s my good deed for the day. This innocent goose, had the wrong number, no phone, no money. She was stuck in a strange place and no way to get back. BUT this tiny amount of money was obviously vital to the school.

If I rant about coats for dogs and jumpers for hens, if I don’t get all excited about the poverty line at home, in Ireland, its because I have a different perspective. Its not that I am better or wiser, it’s because I am there, with contact every day. This is in-my-face, real globalization, not an academic pursuit. It will need the most sensitive, diplomatic approach, slowly and gently assessing the problem and finding a Malawian solution. Patience is not my strong suit, but slow, patient personal education, for the whole community, and urgent structural action will be our approach.

Within 12 hours of writing this, on Tuesday I had two contacts, the first from a family member in Donegal, whose parish priest, asked what those mad people in Malawi could do with 1000 Euro and later an email from a Hindu friend, in Bradford (I met him in an airport) asking how his daughters could help our schoolgirls. Now we have money for the windows and doors, so they are being made. Alepher doesn’t hang around.

Maybe we are not missionaries, but it’s wonderful to have a few Gods in our corner. I’ll settle for a bit of collusion between our God and Bramha, Vishnu and Shiva of the Hindu faith any day if it makes for a better life for our 53 little girls.