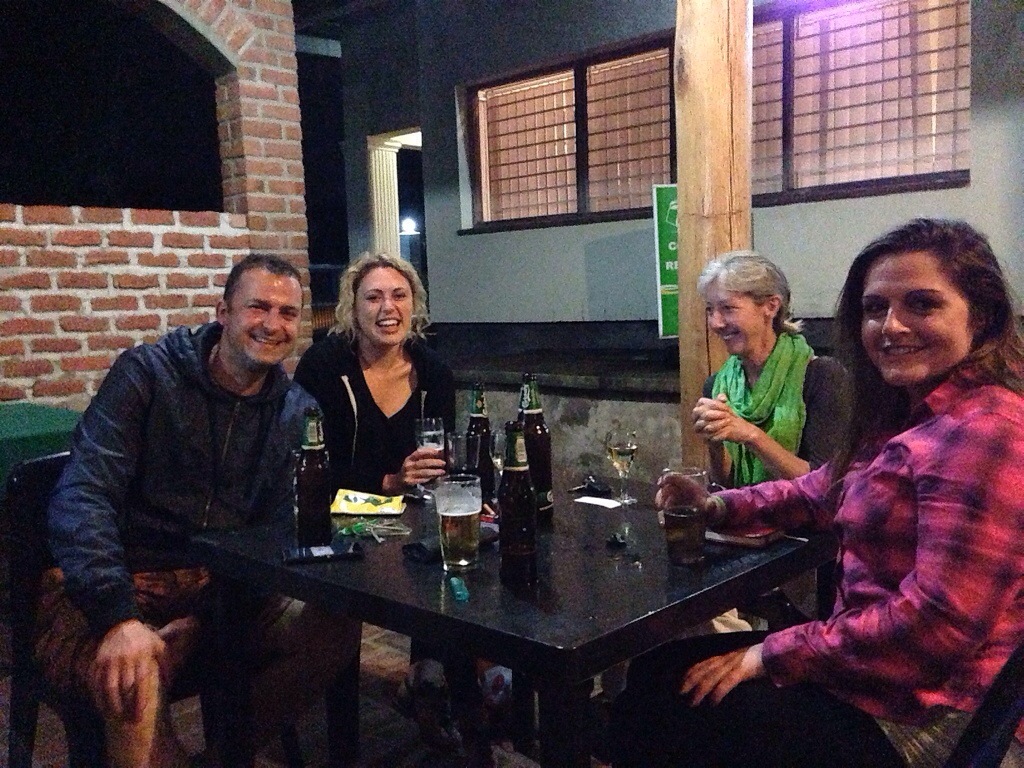 We had a visit from Helene and Scott Cable from Surrey, England, of blog site www.wearthefoxhat.us. They are travelling and experiencing Africa at the moment and describe their trip as follows:

We want to experience as much as possible of the real Africa and hope to travel extensively throughout the east, west and south. However, throughout our travels, we will return regularly to Kasese in Uganda where, for some years, Helene has been involved with the Amaha ‘we Uganda (Hope for Uganda) charity. We are not travelling to see different things: We are travelling to see things differently.

They arrived in Mzuzu, and quite uncharacteristically, were staying at the Ilala Crest Lodge/Motel. They take the story up from there in their blog post:

…Still, we lucked out. We met Neil, Elaine & Aisling in the bar. Part of a group from Dublin Institute of Technology, they are over here volunteering for an Irish Charity based in Mzuzu called ‘Wells For Zoë’. Over the last 7 years they have established a sustainable community farm and a programme for locally manufacturing and installing pumps for wells in communities that wouldn’t otherwise have local access to water. 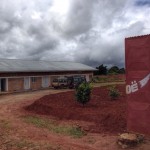 It was fascinating and inspiring. They said they were going to install a pump the following day and, although we were planning to move on, we asked if we could tag along. Better still, they offered to show us the small factory they had built in Mzuzu to manufacture the pumps. 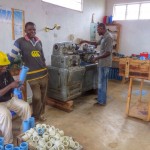 William (at 1 of the 2 lathes imported from Ireland 3 years ago) and a couple of colleagues make all the pumps from scratch.

William was originally one of the farm labourers who took an interest in the manufacture and now is in charge of the team on the ground. Wells for Zoe recognised his abilities and between him and a young girl called Aliffe (their local administrator) now have a really good team based in Mzuzu. 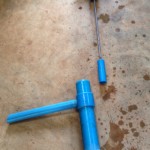 The pumps are beautifully clever and simple.

They’re made from Polypipe and solid plastic block. All components are milled, and connected by screw-threads produced on the lathe so that there are no elements that need to be imported. Each pump has 2 reciprocating valves, using bicycle inner-tube or pond liner as the flexible diaphragm. 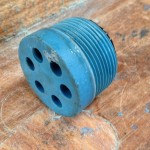 Best of all they’re reliable and cheap (steel pumps may look stronger but they can cost up $500-$1000 dollars to produce). They also have components that are difficult and expensive to replace. These ‘Canzee Pumps’ designed by SWS Filtration Ltd, can be manufactured in Mzuzu for about $50-$60 per unit!

We met up with the rest of the 16-strong team of volunteers from DIT who have been digging a well locally, all piled into our car, their battered old Land Cruiser and an old saloon they have and headed out to see a pump being installed. 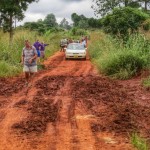 The communities these pumps go into are very remote and access is difficult. We got the saloon through most of the 20km journey, but eventually, due to the steep muddy, clay tracks, had to abandon it and I ferried the team the last 3-4 km in 3 trips.

Eventually we had to leave even the Land Rover and walk about 1km down a steep valley carrying all the equipment needed. 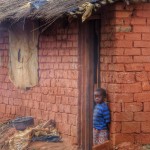 The first installation was in a small group of half a dozen dwellings.

Their steel well pump (installed in 2006) had been broken for the last 18 months. Their alternative water sources have been either a well in the next village (an arduous steep, 6km walk each way) or the poor quality ground water next to their houses. 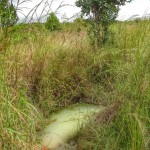 The old well had been repaired, cleaned and re-pointed over the previous weeks.

A new well-head cap was made out of concrete.

William showed the locals how the valves were fitted to the pipes so that they could maintain/replace the bicycle inner-tube diaphragms.

The inner and outer tubes were assembled into a screw thread set into the well head.

The pump itself was attached to the well pipes and the new well-head cemented.

No more than 20 minutes later, fresh water was being pumped. This well will serve around 100 people. 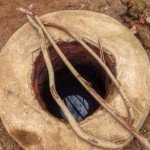 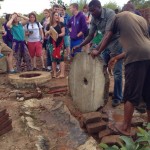 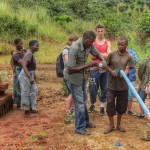 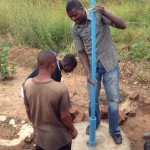 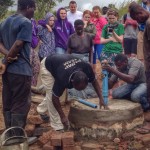 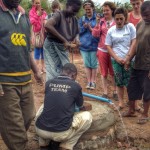 We walked to a second community a couple of kilometres away to install a second pump.

Unfortunately this couldn’t be completed because, although they had been without fresh water for 12 months, the people there hadn’t cleaned their existing, damaged well as they had been asked to to.

If the pump had been fitted that afternoon they would never have cleaned it and, although they would have had a pump, the water would have remained severely contaminated. Better to promise to return a 4 days later and complete the installation once they’d kept their side of the bargain, than to put in a bad system.

The locals dig the wells themselves and either leave the shaft bare or line them with home-made clay bricks. The pump itself costs $50-$60. The most expensive element is the concrete for the well head (due to it’s scarcity here) at about $100.

Best of all, Wells for Zoë is prepared to manufacture & supply the pumps to anyone who may be interested around Africa.

Helene and Scott, we thank you for your interest, help, and comments, and hope to see you again sometime.