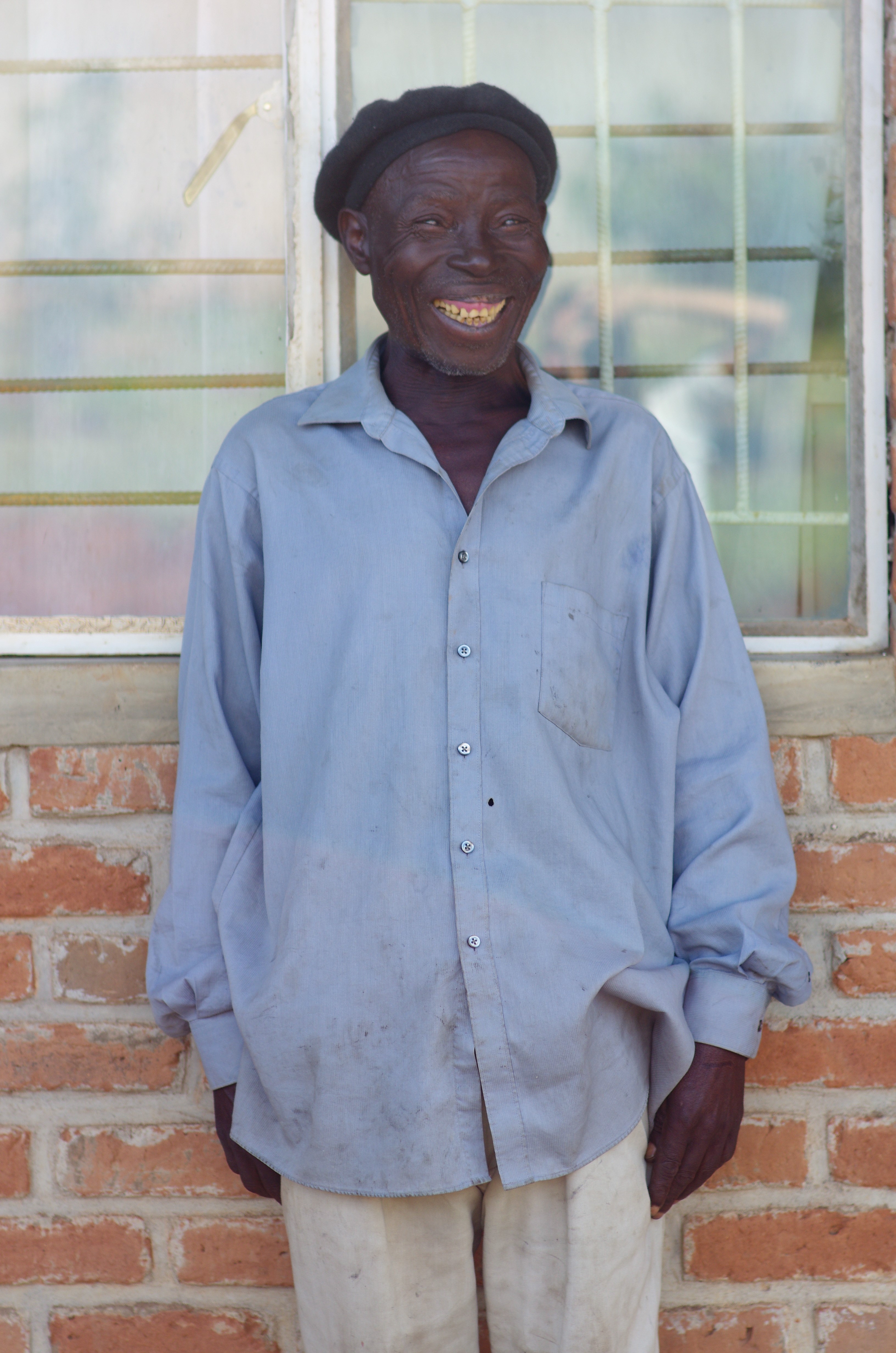 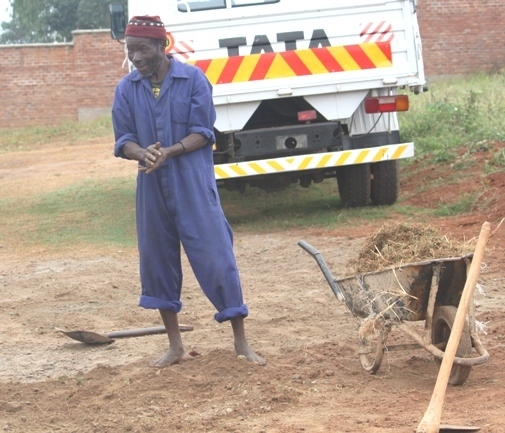 He now works at the factory and the volunteer house. He keeps everything tidy, cuts grass and is a general operative. In his sixties, he works half days, finishing when lunch is over.

Early morning and Mr N’goma is on the job. He used to be the caretaker at the preschool but now works at the factory doing little jobs.

His latest big job is to take grass of the drive and he is on it.

Mary brought him a bag of new clothes this morning and you would thing all his Christmases had come together.
He is old, but not as we know it and lives alone in a tiny shack which he rents. He loves coming to work and never misses a minute.

He generally works in his feet even though he has a pair of flip flops but doesn’t like boots!